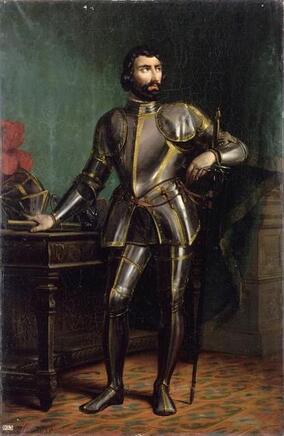 Charles III Duke of Bourbon
Christmas came and went, and the cardinal decided that, with the turn of events, Henry now needed an agréable royal French wife, not that Spanish Habsburg proxy, Charles’s aunt Catherine of Aragon; Wolsey intended to find him a mademoiselle.

By the spring of 1524, the French initiative was underway and soon John Joachim, maître d’hôtel of Louise, the King of France’s mother, arrived in London to begin secret negotiations with Wolsey about an Anglo-French alliance.

So far, Henry had at very best, but a hint of this strategy and probably knew nothing of it at all. While negotiating with Joachim, Wolsey overtly maintained an anti-French stance. Funded by English money and with Henry hankering to invade France himself from Calais, Charles de Bourbon had now succeeded in raising an army to fight the French. He crossed the Alps into Provence with eleven thousand men.

Bourbon’s English-funded Spanish–Imperial forces captured and sacked most of the smaller towns there, and he entered the provincial capital, Aix-en-Provence, on 9 August 1524, taking the title of Count of Provence.

Wolsey’s man in southern France, marching with Bourbon, was Richard Pace. Bourbon and Pace travelled all the way to Marseilles and laid siege to the city. Pace wrote to Wolsey pleading with him to invade from the north because he and Bourbon were desperate for money to pay the troops. Indeed, he went further and threatened the cardinal: ‘If you do not see to these matters, I shall impute to your Grace the loss [for Henry VIII] of the crown of France.’ An English invasion from the north was essential to the Imperialist plans. England had failed him, and so, lacking money and denied support, Bourbon abandoned his siege of Marseilles.

The duplicitous clergyman had furtively assured the French that there would be no northern invasion. Confident of Wolsey’s newfound pro-French intentions, Francis, with confidence, gathered a substantial army in the south and then launched a counter-attack. 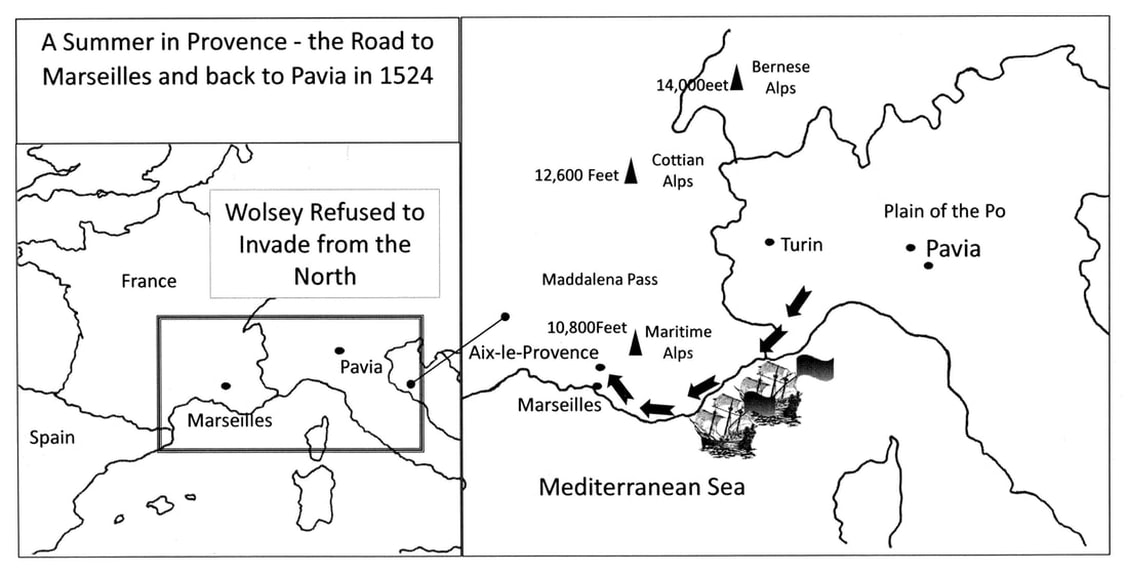 ​All around the Alps – Marseilles and Back 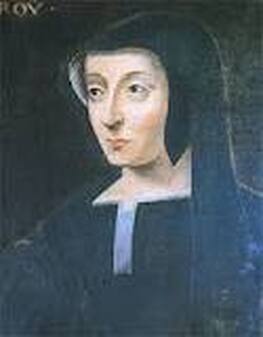 Francis's Mother Louise
So, as Cardinal Thomas Wolsey was falling from grace in October 1529, interceding on Wolsey’s behalf, reported the French Ambassador in England, back to the Marshall of France.

The collapse of the 1523 invasion was the product of Charles V of Spain, Holy Roman Emperor’s breach of promise to have Wolsey elected pope, as Charles had done with the previous pontiff, the emperor’s former tutor, regent and emissary, Adrian. Wolsey now repudiated Charles and brokered an alliance with the French turning to the Valois family instead to secure the papacy for him.

In the autumn of 1523, Henry VIII was oblivious to Wolsey’s political shift. The cardinal’s change of allegiance also meant that Henry VIII must change his wife. Catherine of Aragon was, of course, Charles’ aunt and an alliance with France would be impossible while Henry had an Imperialist wife.

In anticipation of a new offensive, the following year Bourbon raised money from the Imperial coffers and put together a force of ten thousand Spaniards eight hundred Landsknechts and twenty-six guns. The army crossed the border from Italy into France at Menton, supported by Spanish ships in the Mediterranean and during July of 1524 swept along the southern coast of France taking towns and cities as it went.

By mid-August the only stronghold left in Provence was Marseilles, and a siege of the city began. A furious exchange of demands for help and its refusal had been going on with Wolsey in England and his man, Richard Pace, who was with Bourbon. Bourbon’s forces were now logistically stretched they needed help from England in the form of both money and a diversionary attack from the north.

There was never going to be any money or an English invasion from the north, the duplicitous Wolsey had assured Francis and his mother of that, and so by the end of August, Francis was at Avignon with a far superior army. With that coming towards them Bourbon’s lot fled, back to Italy and Pavia, the French at their heels.

For a man who desired the papacy for himself the prospect of France conquering northern Italy including Milan would have put both the cardinal and the Valois family in a position of great strength against the Habsburgs. Victory over the remnants of Bourbon’s army was surely a formality – but autumn was turning to winter, and the conflict was far from over. 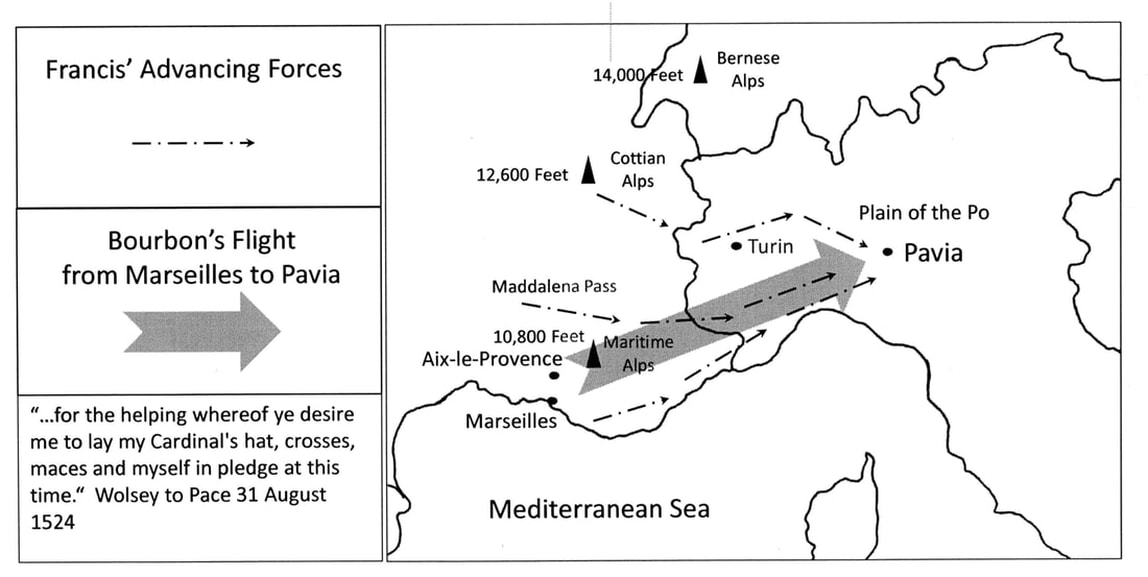