​Henry VIII’s Death, Will and Executors
​

Edward seymour
The mainstays of the council preparing to take over the government of England had been assembled under Edward Seymour’s direction.

To effect a smooth transition of power, they needed to be rid of a handful of, from their standpoint, troublesome conservatives.

Preparation continued and a dry stamp was introduced in August 1546, which removed the necessity for the king to sign official documents. Henry’s health deteriorated and tensions ran high during the days of uncertainty waiting for his death; John Dudley was suspended from the Privy Council for punching Bishop Gardiner during a meeting.

Seymour and Dudley struck back and suddenly Gardiner found himself tripped and then shoved into a land dispute with Henry. The bishop was consequently excluded from court and thus denied access to the king.

Father and son Thomas and Henry Howard were arrested in mid-December for treason and sent to the Tower. Henry was beheaded on 19 January 1547 on a charge of treasonably quartering the royal arms with his own (an act that signified a claim to the throne).

Thomas acknowledged that he had ‘concealed high treason, in keeping secret the false acts of my son, Henry Earl of Surrey, in using the arms of St. Edward the Confessor, which pertain only to kings’.

In his will (which was dry stamped and thus not signed by Henry), the dying king wished for sixteen executors and twelve assistant executors to oversee its administration. As might be expected in the circumstances, Edward Seymour ensured that the will was designed to exclude the threat from Scotland to the incoming young king. The will stipulated that Henry VIII should be buried with his third wife, Jane Seymour. Katherine Parr, his wife at the time of his death, shortly afterwards did marry Thomas Seymour.

The law held that it was treason to predict the king’s death but the time was fast approaching and on 27 January 1547 Sir Anthony Denny entered the king’s chamber and told him that in ‘man’s judgement you are not like to live’ and that the king ought to prepare himself for death. Archbishop Thomas Cranmer was sent for and, a short while after he arrived, the king gripped the priest’s hand in his last earthly gesture to the faith of Christ. 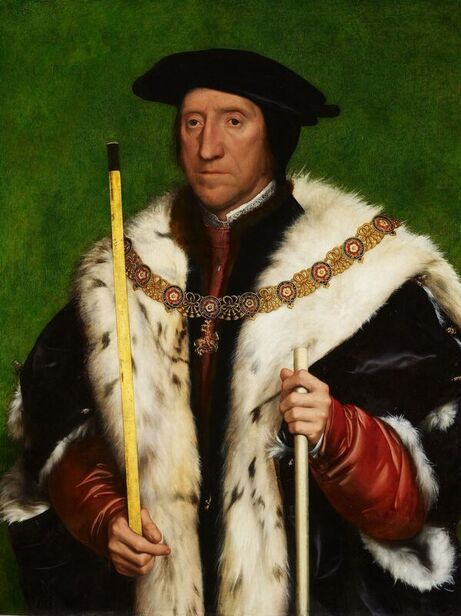 Thomas Howard
In the early hours of 28 January 1547, Henry VIII died. There was no public announcement for three days afterwards while the new government secured its position.

Henry had expected a council to rule until young Edward, the new king, became of age. He had meant to entrust the government to a Regency Council that would rule collectively, by majority decision, with ‘like and equal charge’, but that was not to be. The first Privy Council meeting of the new reign was held on 31 January 1547 and a few days later, at its second meeting, as had probably been agreed with his principal team of adherents quite some time beforehand, Edward Seymour was appointed Lord Protector. He also secured letters patent from his young nephew King Edward granting him the right to appoint members to the Privy Council himself and to consult them as and when he considered proper. Edward Seymour was the new king in all but name.

Seymour had flouted Henry VIII’s designs and went ahead to rule largely by proclamation, calling on the Privy Council to ratify his decisions.

That Henry VIII’s last will and testament was, for the most part, discarded by the new regime within hours of his death exemplifies his reign.

Henry had never been educated as a ruler or leader in his early years; his brother had been groomed for that responsibility. His grandmother was instrumental in arranging his first marriage, to Catherine of Aragon, and the cleric Thomas Wolsey was quick to exploit Henry’s youthful zest for sport and gambling and, in the absence of opposition, assumed control of the government of the country. He also found it necessary to organise the hapless monarch’s household affairs.

Wolsey was happy with the marriage to Catherine, even more so when her nephew Charles V of Spain became Holy Roman Emperor, guardian of the pope. It was that papal office to which Wolsey aspired. Charles, in return for Wolsey’s favours to him, promised the cardinal the papacy.

The promises did not materialise. Wolsey was furious, changed sides and pledged his support to the French to realise his ambitions. Henry VIII was initially oblivious to Wolsey’s machinations but then followed the megalomaniac cardinal like a toady lickspittle when directed to discard the Imperialist Catherine for the Valois of France and so advance the over-mighty cleric’s drive for revenge and self-satisfaction.

The mighty churchmen, the lords ecclesiastical, fell from grace and an anti-clerical faction exploited the bewildered king’s marital dilemma to realise their centuries-old ambition to be rid of papal interference from government altogether. However, these men and women, led by Edward Seymour and Cromwell, rebutted the French influence introduced into the kingdom by Anne de Boulogne. Anne was wholly French and to realise their purpose they had to be rid of her.

No sooner it seemed had the befuddled Henry married Anne de Boulogne than he was coerced by the Brittonic– English faction into executing her and marring Seymour’s sister Jane.

When Jane died a little over a year after that marriage, Cromwell took a harder line against the Roman church and tried to ally England with Lutheran Germany, sealing the union with the marriage of his king to Anne of Cleves, the daughter of a German duke, on the strength of a dodgy portrait.

At first, the king acquiesced, but the match with the – so history has it – dour fräulein was one that even the enslaved Henry VIII could not tolerate, not least because Cromwell’s nemesis, Thomas Howard, was offering his nineteen-year-old English niece as an alternative bride – and some support for the conservative cause.

Young Catherine, albeit instrumental in the fall of Cromwell, turned out to be something of a harlot; she had not the gift of continency, and her last date was with the executioner.

As the end of the reign approached, the Seymours countered with Katherine Parr. This was the most cynical of the six marriages, because of the depth of the premeditation; Katherine was pimped to Henry for his dying years by her future husband, Thomas Seymour.

Henry VIII’s persona – his ineptitude in administration, his lack of perception and his bravado-filled, overblown ego – was the instrument through which a series of transient, disparate policymakers facilitated the transposition of government during his reign, from the schemes of a clerical megalomaniac to a destructive, violent rejection of clerical participation in the affairs of government. 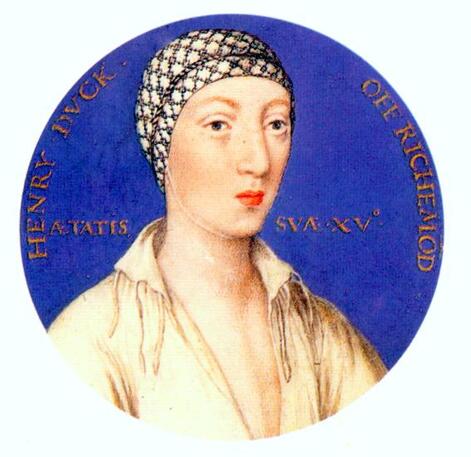 Henry Fiztroy
​The legacy of his reign is immense because of the feebleness of the man.

Henry VIII’s surviving offspring were, respectively, their mothers’ children. They all stood for the diverse politics of the men and woman behind the contrived marriages into which the marionette king had been cajoled.

For six years after Henry VIII’s death, the Brittonic – English, in the guise of Edward Seymour and Edward VI, would hold sway. This was followed a violent volte-face by the fanatically Catholic daughter of Catherine of Aragon, Mary, and then another momentous leap of faith to the middle way of Anne de Boulogne in Elizabeth I.
​
But King Edward Seymour, Queen Mary Trastámara – Habsbourg and Queen Elizabeth de Boulogne, the so-called Tudors, are the subjects of later reigns yet to come.