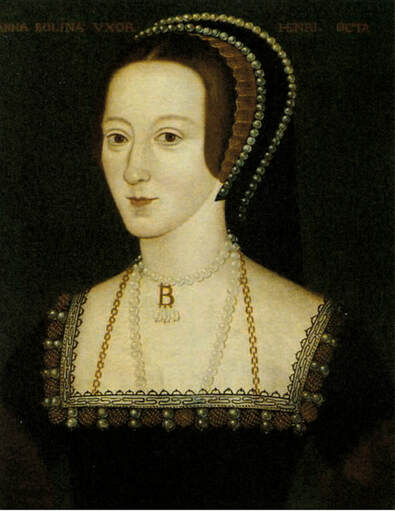 Much has been written over the years about Henry VIII and Anne Boleyn and how the Kingdom of England broke from the Catholic Church so that they could marry. This love affair, it seems, began sometime in the mid-1520s – no one really knows exactly when.

What we do know, however, notwithstanding all the shenanigans over Cardinal Wolsey failing to get a divorce for the smitten lovers to marry, the supposed attack on the papacy by Parliament, the submission of the clergy, the lobbying of universities across Christendom for support, the compilation of a great collection of authentic histories and chronicles to reinforce Henry’s authority, despite all this in late 1532, years and years after this seemingly unshakeable desire for each other began – they still weren’t married. Henry’s subjects were not particularly interested in their dilemma, Catherine of Aragon was a popular queen, and so there was no sign from the stars, that they ever would be married.

That was until Anne Boleyn received news that King Francis would be meeting the pope in October the following year. The King of France was to attend the wedding of his second son, Henri (later King Henri II), to Catherine de’ Medici. This meeting, she perceived, would be an opportunity for her French sponsors to press the divorce case, face to face, with the pope.

Anne was a wholly French woman, she was educated in France, frequented the royal court in France, she was mentored by the Franch king's sister Marguerite of Angoulême, and groomed by Cardinal Wolsey as a ‘French’ replacement for Catherine of Aragon. Anne came to promote herself as a descendant of the French aristocracy, she was Anne de Boulogne, and had a pedigree drawn up to support her assertion.

The bride to be, Catherine de’ Medici, after all, was herself a de Boulogne through her mother, Madeleine de la Tour d’Auvergne, Countess de Boulogne. It is more likely than not that Anne had been present at Madeleine’s wedding, a flamboyant affair at Château d’Amboise in the Loire Valley on 5 May 1518. During negotiations between Francis and Giovanni di Lorenzo de’ Medici – Pope Leo X – leading to the Concordat of Bologna in 1516, a marriage arrangement (an inducement) was agreed for Madeleine to marry Lorenzo de’ Medici, Pope Leo X’s nephew. The current pope, Giulio di Giuliano de’ Medici (Clement VII), was Leo’s cousin.

Surely this union, together with Francis’s influence, would pave the way for another de Boulogne marriage – Anne’s to the King of England – sanctioned by a de’ Medici pope.

The de Boulogne–Valois scheme was for Francis to convince Henry that he (Francis) would persuade Clement to grant the annulment. Indeed, Henry later claimed that Francis had promised that he would never consent to his son’s marriage into the de’ Medici family unless Clement decided the divorce in Henry’s favour. In the meantime, the French king would give his personal blessing for Henry to marry Anne.

To elevate her status, Anne was created Marquis of Pembroke on 1 September 1532.

In the autumn, a visit to the French king was arranged to begin the scheme. Nobility, prelates and servants were commanded to meet up with Henry and Anne in Canterbury on 26 September 1532. Many registered their unhappiness about crossing the Channel to France at the onset of winter.

The staunchly conservative Archbishop Warham, however, was not among them. He died on 22 August 1532 and in November Thomas Cranmer, at the time in Austria, was named as the new Archbishop of Canterbury. He arrived back in England on about 10 January 1533.
On 11 October 1532, Anne and Henry boarded the Swallow at Dover with an entourage of more than two thousand. Francis arrived at Boulogne on the 19th, and the two groups met the following day amid great pomp. Henry then spent five days lodged at the abbey in Boulogne. It was soon agreed that two French cardinals, Grammont and Tournon, would head a delegation to Clement in a concerted effort to have him grant Henry’s divorce. They were due to meet him in advance of Francis’s arrival for the wedding.
Amid great ceremony at Boulogne, Francis I and Henry VIII pledged to act as one, united like brothers; they swore their friendship, and the joint message to the pope was that whatever was Francis’s pain or joy, so it would be Henry’s, and vice versa: whatever was done to Henry was also done to Francis.

At some time in late 1532 or early 1533, Henry and Anne were married. Quite probably the marriage took place in Boulogne while they were there; however, the details have always remained secret.

A few weeks after they returned from France, Anne discovered she was pregnant.

There was no time to wait for Francis and the pope now; the pregnancy changed everything. Henry’s marriage to Catherine must be annulled officially and quickly.