I am writing Henry VIII, the Reign, the Blog to run alongside the book, Henry VIII, the Reign. The book is a narrative that can be read in about two and a half hours. It begins with the accession of Henry VIII in 1509 and recounts the period until his death in 1547. My narrative is dwarfed by the volume of supporting information (not essential to follow the narrative) which is linked to each page. This account takes a different perspective to most if not all that has gone before, it is A New Look.
​
Someone asked.’ How did you come to write the book?’ So, if you are interested, here, briefly, is how!
Shakespeare, Gunpowder and an Army of Graceful Pilgrims 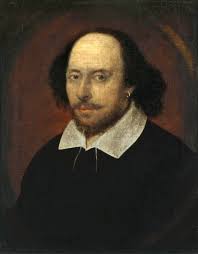 Anyway, I did some research on Shakespeare and formed an opinion which I hope to write up one day.

Digging around looking at stuff on Shakespeare in that area of England – Warwickshire - I somewhat inevitably began bumping into the names of people I recognised from the Gunpowder Plot. Robert Catesby, its architect, is buried at Lapworth, a stone’s throw from Packwood. I formed an opinion on the plot, and I hope to write that up too, one day.
​
But then lifting a few stones, I found that the Gunpowder Plot could be linked directly to the Pilgrimage of Grace, the massive rebellion of 1536, which at the time I knew next to nothing about – I have since written some of that up.
Cacti and Christmas Decorations

In fact, I concluded, that I just didn’t know enough about the period at all. By chance on a visit to the discount book section at my local garden centre, in amongst the cacti and Christmas decorations, I found a book. There and then I resolved to undertake more research. I invested in a copy of Susan Doran’s book The Tudor Chronicle, priced –  can’t remember – but it was a bargain with one of those yellow ‘Only £…’ stickers on the front!

Well worth every penny! I used it as the backbone to form a timeline of the reign of Henry VIII. In putting the timeline together, I bought a whole load more books. There are the obvious ones, Scarisbrick, Starkey, Ives and so on but I must single one out, Rory McEntegart’s. Henry VIII, the League of Schmalkalden and the English Reformation is priceless. Of course, unlike earlier writers, we are blessed with the internet for research, (notwithstanding all the Windows 10 updates), and a read of C.J. Sansom is an inspiration in itself. But the more I read and peered into this that and the other the more I was convinced that the traditional image of Henry just did not stack up –  much of it really is the stuff of fairy tales. 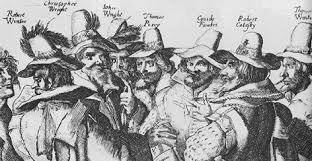 This time, unlike Shakespeare and the Gunpowder Plot, when I formed an opinion, I did write it all down, as Henry VIII, the Reign.

I would rather like you to buy the book, please, and perhaps form your own conclusion, so for that reason I won’t tell you how I reached my mine!

The legacy of his reign is immense because of the feebleness of the man.

Henry VIII’s surviving offspring were their mothers’ children. They all stood for the diverse politics of the men and woman behind the contrived marriages into which the marionette king had been cajoled.

For six years after Henry VIII’s death, the Seymour - Dudley party through Edward VI, would hold sway. This was followed by a violent volte-face by the fanatically Catholic daughter of Catherine of Aragon, Mary, and then another momentous leap of faith to the middle way of Anne de Boulogne in Elizabeth I.

Henry VIII’s children, so-called Tudors, would be more accurately described if they were called King Edward Seymour, Queen Mary Trastámara–Habsbourg and Queen Elizabeth de Boulogne.
​
But that is just my opinion!