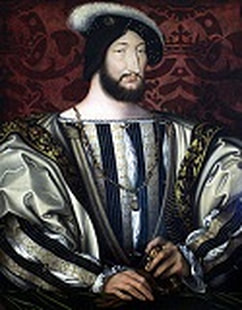 King Francis
The battle of Landriano near Pavia in northern Italy was fought by the French army commanded by Francis de Bourbon, Comte de St. Pol and the forces of the Holy Roman Empire including a large Spanish contingent, army led by Don Antonio de Leyva, Duke of Terranova, on June 21 1529.

The battle was the final conflict of the War of the League of Cognac.

King Francis of France army was left in tatters and with it died any claim against Charles V the French king had had to territory in northern Italy.

Within a few weeks Francis’s mother Louise and Charles’s Aunt, Margaret were negotiation peace at Cambrai.