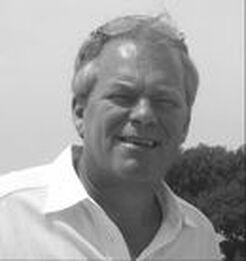 “There is no friend as loyal as a book.”
​
Hi, I'm Mark Holinshed author and administer of Henry VIII,the Reign

I spent several decades in the world of corporation and commerce, amid the egocentrics, the politics and the factions operating in and around the corridors of power – much as it must have been in and about the Tudor court, then, as now, motivated by inherent urges; control, supremacy and of course sex.

My underlying interest in history was fuelled by the Michael Wood television series In Search of Shakespeare. Undertaking some of my own research about the bard led to exploring local links to the Gun Powder Plot, and then further afield to the Pilgrimage of Grace and ultimately an exploration of the entire reign of Henry VIII.

I live in the English Midlands and while playing football, beyond the day when I should have hung my boots up, suffered a heart attack. Were it not for the skill and dedication of the paramedics, doctors and the invention of the heart stent; I probably would not be here to write about anything at all!

Please have a read; it is the inspiration for an author to write more – conversely, sadly, less.