Royal Progress and the Execution of Sir Thomas More

In March 1533, Henry promised that he would repair the insult to Kings Henry II and John, who had been tricked into offering the realm in tribute to the Holy See. He was also determined to reunite the crown with the goods churchmen had appropriated from it.
​
Letters & Papers No 235 1533 Volume 6 dated 15 March 1533 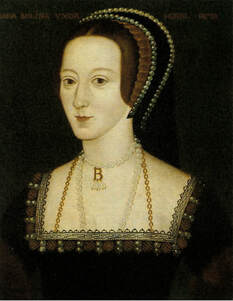 In early July 1535, probably the 9th, Henry set out from Windsor on the summer tour, the royal progress, to do just that.

The Boleyn faction at court was on the cusp of losing its hold over the malleable king, the Seymour Cromwell regime was in the ascendancy.

The ascending faction was anti-French and wanted an exit from papal jurisdiction. A policy ‘to reunite the crown with the goods churchmen had appropriated from it’ included the appropriation of the monasteries, lock stock and barrel –  then to be sent crashing to the ground by hammer, by wrecking ball and gunpowder.

The Boleyn faction, Anne in particular, was in a much-weakened position compared with the early 1530s even before the great entourage left Windsor. The alliance with France that brought her to power in the first place had all but petered out. There were rumours about that Anne and her brother were involved in a plot, colluding with the Dauphin of France to kill Henry VIII.

The journey for the next few months, west towards Bristol, was through the lands where in times before were fought the brutal battles of The Anarchy, the civil war when, for nineteen years between 1135 and 1153, Queen Matilda and Robert of Gloucester fought King Stephen and his son Eustace de Boulogne, for the kingdom of England. A war of nineteen horrendous years, ‘when Christ and his saints slept’.

Eustace de Boulogne lost the war when he was ‘struck dead by the wrath of God’; instead, Henry II became king which all but extinguished the de Boulogne claim to England – until that was, the emergence of this self-proclaimed Anne de Boulogne. 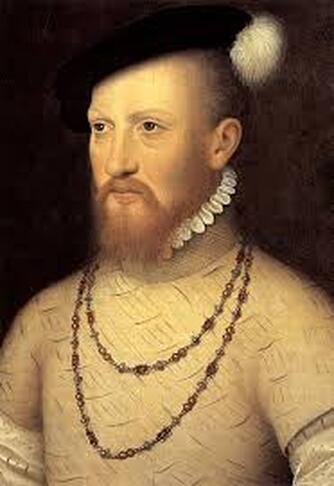 Anne’s enemies and principally the Seymours had their roots in the succeeding Angevin dynasty, Henry II’s line of succession, (that is to say the House of Anjou as opposed to that of de Boulogne). For example, Aimery de St-Maur (St Maur evolved into Seymour) was with King John, (Henry II’s son) when he died in 1216, he then became an executor of King John’s will. The king died seeking succour in Cromwell country, at Newark Castle. John had been fighting the French led by the Dauphin of France Louis and did not live to see another Seymour ally, William Herbert, Earl of Pembroke, run the French out of England months later.

To the wholly French Anne de Boulogne the prospect of the journey, was one of dread, she claimed ancestry from the Counts de Boulogne, and this rising faction was on a quest to frighten their friendless king into repudiating this current crop of de Bolougnes and grant his royal sanction for the Seymour Cromwell faction to govern England.

On 6 July, in 1535 Sir Thomas More was executed, he was an obstacle, removed, in a bloody political process of regime change of which the 1535 royal progress was an integral part.

​The Execution of Bishop John Fisher

A few weeks before More’s execution, Bishop Fisher of Rochester had been made Cardinal of San Vitale in Rome. It is reputed that Henry forbade the cardinal’s hat to be brought into England, declaring that he would send the head to Rome instead. Fisher, who had been imprisoned since April 1534 for refusing the Oath of Succession, an act of treason, was executed on 22 June 1535.

Anne Boleyn's enemies now sought to eliminate her too, they calculated that Fisher's execution would provoke what Henry dreaded – after all, he was a Roman Catholic at heart -  a Bull of Excommunication from Pope Paul. Pope Paul would also call on Anne’s sponsor, Francis I of France to enforce the papal instructions.

But there was more than Anne’s French ‘heritage’ that her enemies wanted to attack her with, she had conflicting ideas with Cromwell and Seymour about the fate of the monasteries. So, to add to Anne’s discomfort, the infamous Richard Layton, who had until recently spent his days interrogating More and Fisher and his compatriots Thomas Lee and John Prise began the visitation of monastic buildings. They were out and about, here there and everywhere collecting information to value the church (the Valor Ecclesiasticus), and they would be crossing paths with the royal progress for the next few months.