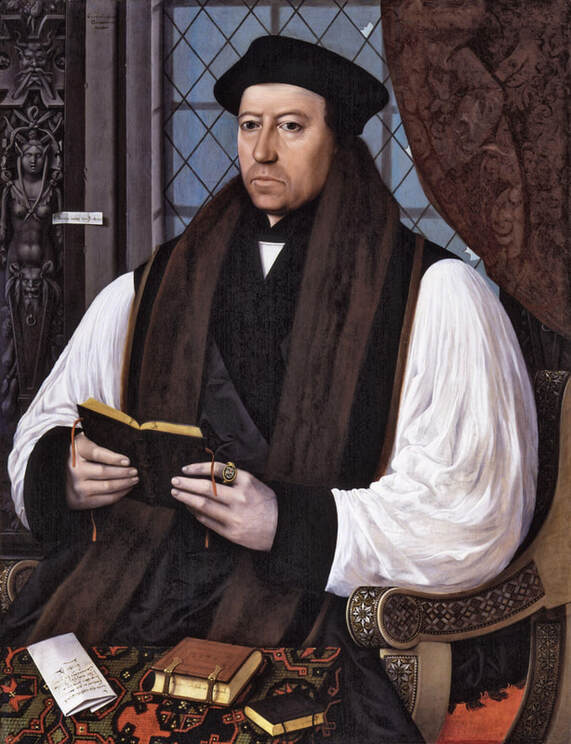 Thomas Cranmer
That which followed was a consequence of the pregnancy. The child, who grew up to become Elizabeth I of England, must be born as a legitimate issue of marriage. This child would wait for no man, not now and not ever. Elizabeth would arrive at Greenwich Palace on 7 September. Her mother and father must be married legally and without impediment, but Henry’s unresolved marriage contract to Catherine of Aragon was just such an impediment.

Henry was forced to do something. Tradition has it that he had been smitten with Anne for years. Now he was compelled to act and act with urgency. He had been dawdling; more than three years had passed since the Blackfriars debacle and, despite reforms in the church, he had no clear strategy of his own personal invention to resolve his marital disorder.

Alongside Cranmer emerged a man whose ancestors, like Cranmer’s, also hailed from the lands of Robin Hood’s nemesis, the Sheriff of Nottingham, in the time of King John. He was a lawyer named Thomas Cromwell, who had spent some time in Wolsey’s service and dissolved a score of monasteries to fund the cardinal’s colleges in Ipswich and Oxford.
The French Connection had Begun to Unravel. 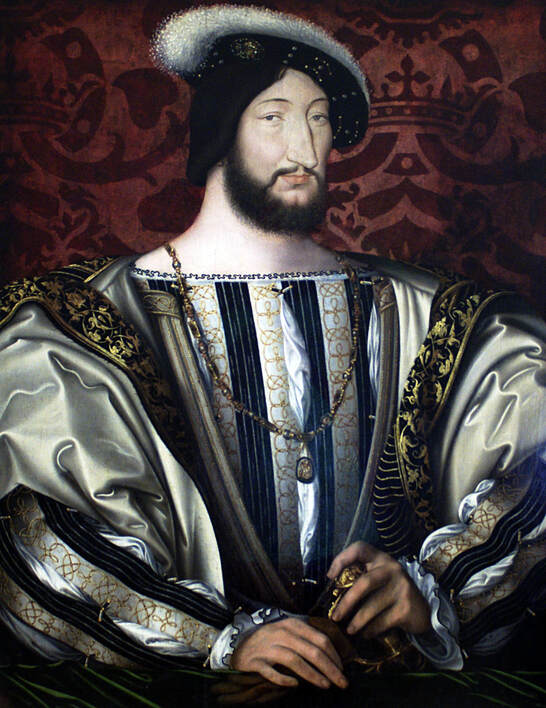 Francis King of France
​The fourth session of the Reformation Parliament began on 4 February 1533 and Thomas Cromwell now acted to wipe out papal control over the King of England and his realm. At last, on the basis of Cranmer’s Collectanea satis copiosa, nearly four years after it was first mooted, Parliament passed the Act in Restraint of Appeals, which severed papal authority over England.
​
In March 1533, Henry promised that he would repair the insult to Kings Henry II and John, who had been tricked into offering the realm as a tributary to the Holy See. He was also determined to reunite the crown with the goods churchmen had appropriated from it.

Reports of the pope and Francis meeting at Marseilles reached England. The accounts told of how Francis kissed Clement’s foot and grovelled in homage. Regardless of Henry’s threatened excommunication from the church, Francis had carried on with the arrangements for his son to marry Catherine de’ Medici. The son of the King of France would be allowed to proceed to marry the niece of the man who had already censured the King of England and who now threatened to heap humiliation upon Henry by excommunicating him. Henry was probably entitled to be upset; excommunication was the ultimate spiritual dishonour, and his ‘brother’ Francis, instead of standing with him, shoulder to shoulder, banded as brothers, had betrayed him. Or so Henry saw it. The planned Valois initiative to represent Tudor interests to the pope resulted in a diplomatic catastrophe.

Anne had failed him, Francis had betrayed him and the French connection had begun to unravel.

Notwithstanding, the fifth session of the Reformation Parliament sat from mid-January 1534 to the end of March.