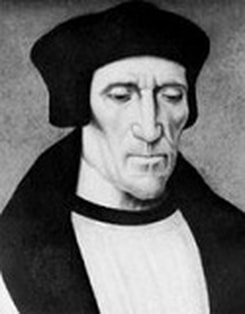 Bishop of Winchester Richard Fox
Henry VII and his mother had been guided over many years by a council that had helped to turn England from a land of battling lords to a wealthy and peaceful realm. However, by the time the young Henry VIII acceded, these men were of an ageing, retiring and often poorly sort.

The early political influence that was exerted on behalf of the young king fell into the hands of Bishop Richard Foxe of Winchester and his secular adversary Thomas Howard, Earl of Surrey.

Luis Caroz de Villaragut, Spanish ambassador in England, noted, ‘The king is young, and does not care to occupy himself with anything but the pleasures of his age. All other affairs he neglects.’ Among the pleasures of his age were jousting, tennis, falconry and hunting. He enjoyed these activities and also acquired a passion for gambling. 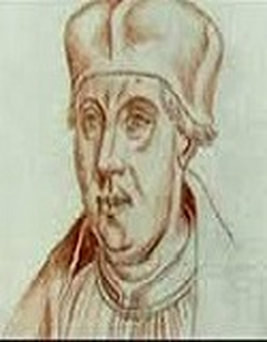 Wolsey contrived a vocation that included ambitions to manipulate both of these discomfited generations. The protégé and alumnus of Bishop Foxe, this younger (but by no means inexperienced) man, affable with the king’s young friends, astute with Howard and gradually able to foster a gracious relationship with the impressionable king, emerged from the establishment and settled himself firmly between the king and council. Thus, he set about ruling both.

Giuliano Della Rovere, Pope Julius II
Whatever Wolsey was and whatever he became, however, his first loyalty as a priest was firmly to the papacy – not an individual pope, but to the office itself and the unbounded potential for that institution of supremacy to dominate all Christendom. In the summer of 1511, therefore, when Giuliano Della Rovere, Pope Julius II (the so-called warrior pope) called for a war (a Holy League) against France, Thomas Wolsey, who had become the youthful king’s almoner, saw this as an opportunity to announce himself as a willing and ambitious servant of the papacy.

The kings of England had, for centuries, claimed the kingdom of France. Henry II had married into part of it, King John had all of it, then lost it, and Henry IV won it back only for Henry VI to lose it again. The opportunity was perfect for Wolsey. With papal sanction, he soon persuaded the chivalrous young king to claim what was rightfully his: the French crown. With a double-edged sword, Wolsey organised a dual-purpose conflict, a holy war to impress the pope and by the same means a dynastic war to flatter his sovereign.

The war, however, began badly. In early summer 1512, Wolsey’s former pupil Thomas Grey, second Marquis of Dorset, led a disastrous attempt to invade Aquitaine. In what was planned as a joint operation with Henry’s father-in-law, Ferdinand, to invade south-west France, Ferdinand used the English as a diversion to enable him to conquer the adjacent kingdom of Navarre and to occupy that country for himself. He left the English in turmoil and his son-in-law humiliated.

It is necessary, to follow the events of the reign,  to have a perception of the influence of the families and factions at home and abroad which shaped the period.

When Henry VIII became king in 1509, there were four major dynastic powers, plus the papacy, in what we now call Western Europe. Their sovereigns were of the same epoch as Henry’s father.

Henry VIII was the first of the next generation, from which would emerge three younger heads of state. The events of their tenure – coupled with the affairs of the papacy – are among the most renowned in history.
​
The affairs of England, however, were conducted in the name of a young, inexperienced and tractable king, by an evolving megalomaniac churchman, Thomas Wolsey.

The four major dynastic powers in Christendom were;

House of Tudor; England with Wales and Ireland.

House of Habsburg; Holy Roman Empire of Germanic states, the Netherlands and Burgundy with its seat of power in Austria.

House of Trastámara; Spain made up of the recently unified states of Castile and Aragon.

Throughout the reign of Henry VIII, all five powers were periodically involved in the so-called Italian Wars for control of northern Italy and in particular the Duchy of Milan.

Although English troops were rarely involved directly in that area of Christendom, much funding often came from England. The conflict dictated the strength of England's various allegiances for or against the dynasties involved, spilling over, and leading to battles, from time to time, on home soil and in neighbouring France and Scotland. 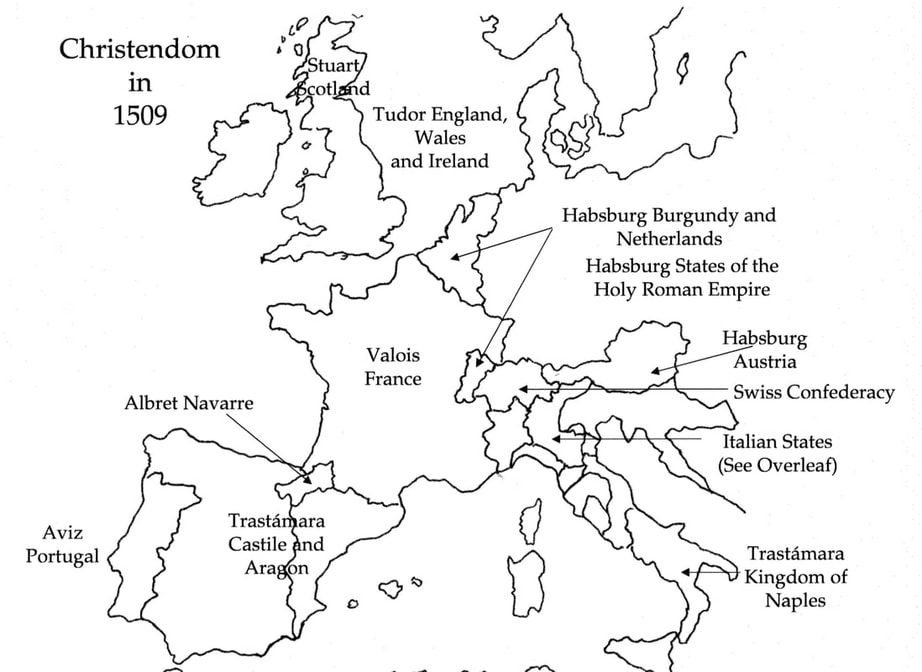 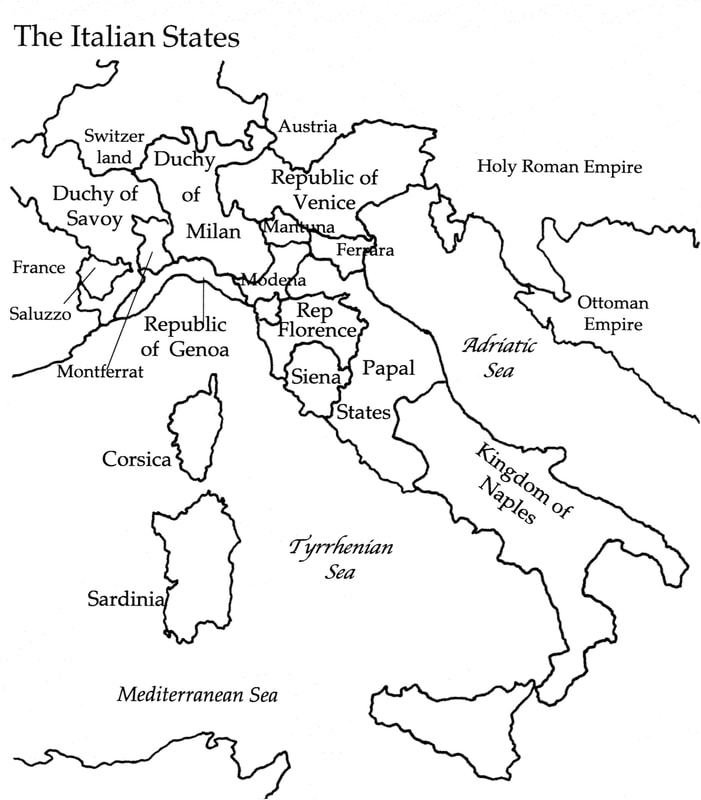 Wolsey Appointed Almoner  LP 1509
For some insight into Wolsey's relationship with Fox(e). See Letters of Richard Fox
All other affairs he neglects. Spanish Ambassador to Ferdinand 29 May 1510 LP 44
Lengthy account of the state of English affairs on French - Spanish border by John Stiles,ambassador in Spain LP 1326
Succinct account of the affairs on the border by William Knight LP 1327
"Wolsey is the author of the war" LP 1422
​
​​