Prove Himself in Battle – Tudor Bravado
​ 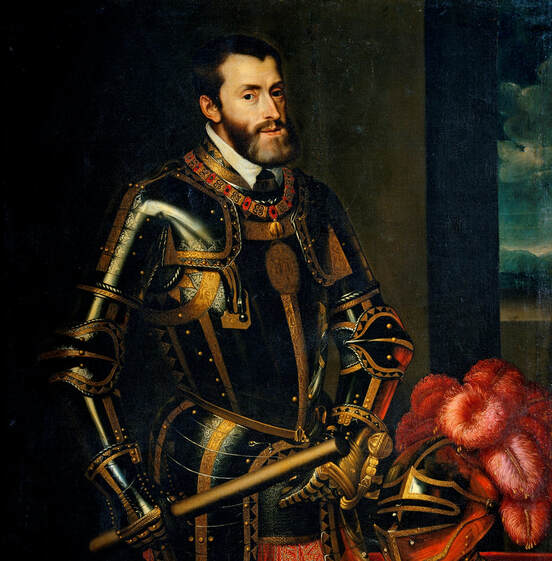 Charles V
While Henry had been in the north inspecting Hull, Francis and Charles had been trying to settle their differences over territorial claims, but it was as ever a futile effort and so Francis sought allies in case of a renewed and somewhat inevitable Habsburg–Valois war.

In anticipation of the breakdown of relations with Charles, Francis made approaches to Henry about a marriage between Princess Mary and Francis’s third son, Charles, Duke of Orleans, but the preliminary negotiations about a dowry awakened an unresolved issue of unpaid pensions due from Francis.

The pensions were sums of money pledged but unpaid by France relating to treaties going way back to Wolsey’s days. The revival of these problems was compounded by the fact that Henry refused to agree to the recognition of the legitimacy of Princess Mary (which would be necessary to facilitate the marriage). She had been declared a bastard as a consequence of the Aragon annulment and that was the way, as far as Henry was concerned, the matter would stay.

Henry was scorched raw with humiliation after the Catherine Howard debacle. It was not just Catherine’s derision of him but also that Rochford woman, George de Boulogne’s wife Jane, had delighted in watching him being painfully jilted by a young woman, cuckolded under his own bedroom window by an athletic, virile lover. That scheming Rochford woman, she was complicit in it all.

Henry now yearned to prove himself a real man, but Charles too goaded him over his weaknesses. Charles, he heard, was amused that after all these years he had failed to collect what was due to him from Francis. Charles, he was told privately, delighted in Schadenfreude where Henry was concerned. The feebleness of his failure to collect what he was owed after all those years made him descend into an ever more hapless state. He was a gullible fool; indeed, French ambassador Charles de Marillac expressed concern about his very sanity.

Said Marillac, ‘And finally he took to tears regretting his ill luck in meeting with such ill-conditioned wives, and blaming his Council for this last mischief. The ministers have done their best to make him forget his grief, and he is gone twenty-five miles from here with no company but musicians and ministers of pastime.’
Henry VIII quelled his sobs 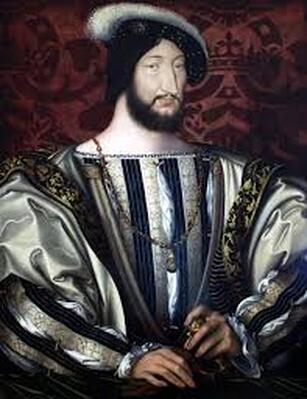 ​Now Henry decided that, as the sovereign of one of Christendom’s leading powers, the King of England would prove himself strong and powerful, on the field of battle if necessary. He would be a proper leader, like the emperor.

Henry VIII quelled his sobs, dried his tears and stood tall. He pledged to get his pensions from France by going to war with Francis and re-establishing for England the lost Angevin Empire.

Henry reinvigorated himself. He yearned for the days of his youth and games of war, and he fostered a dream of grandeur to emulate those who had gone before him: the Henrys and the Edwards, Richard the Lionheart and even his own father. But he could not fight France alone; he needed help – from Charles.

Negotiations for an Anglo-Imperial alliance were opened but progress was slow; however, finally, on 11 February 1543, a treaty was agreed. The principal delay had been the wording of the treaty and the description of Henry’s title and standing following the break from Rome. Charles, as Holy Roman Emperor, could not recognise him, for example, as the supreme head of the church in any treaty document, while the English insisted that he should be accorded his full style. The diplomats wrangled for weeks.

Henry was now an excited old man full of bravado and pain-relieving alcohol, determined to fight in person, as Henry VIII, on the battlefield. He would be the warrior king, in a fashion to lead his army to victory: the King of England and the Holy Roman Emperor together in glorious unison.

As war approached, Charles, as things turned out, was beginning a process of goading the enraptured Henry into splitting the French forces to suit his own purpose.
​
War was declared on 12 July 1543.
Concerns Henry VIII had gone mad. LP 1426  (Dec 1541)
Declaration of War by Francis I against the Emperor 486,492,669
​Treaty negotiated between Henry VIII. and the Emperor by Eustace Chapuys. LP 144
​Ultimatum to France including demand for security for the pension in the future, the towns of Boullongne, Ardre, Monstreul, Terrouen and the county of Ponthieu...
... in default of  the realm of France, the duchies of Normandy, Gascoigne and Guyenne and all the lands which your master has usurped from him. LP 754
​